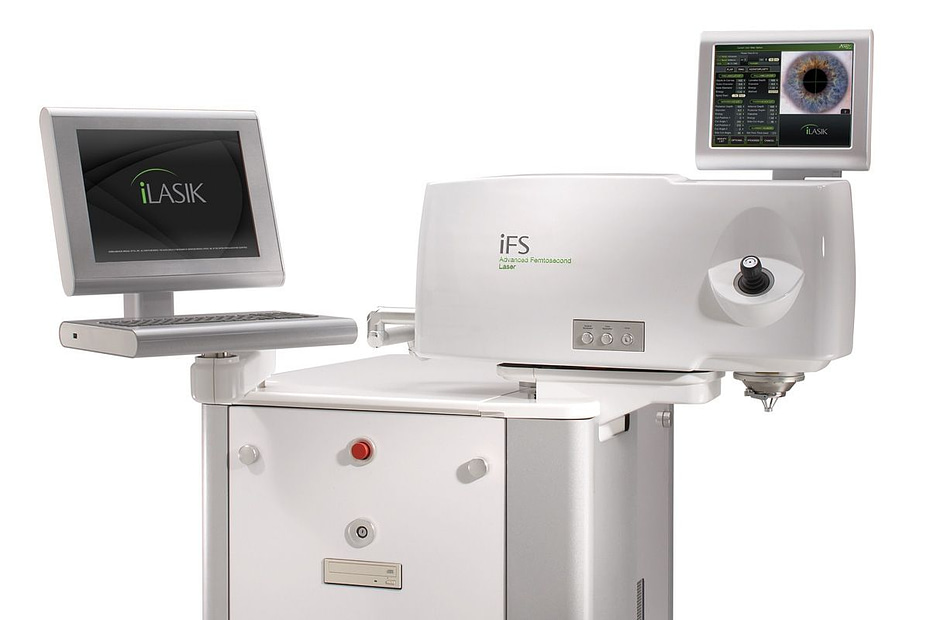 What is iLasik Eye Surgery?

Lasik eye surgery can be defined as the reshaping of the cornea to decrease or eliminate the refractive error of the eye. Cornea is the outermost clear part of the eye. It does not impart color to the eye. Iris gives the color of the eye. Hence we are usually unaware of its presence. What is interesting is that it is the strongest lens in the eye. Yes, it is even more powerful than the natural lens of the eye. So it makes sense to alter its shape and power to yield pristine vision. The reshaping can be done on the surface of the cornea like in PRK, EpiLasik/SuperLasik , Lasek or after lifting a flap as in Lasik.

What is Intralase Femtosecond?

In bladeless LASIK (without the use of a surgical blade wielded by the human hand) also known as Intralase Femtosecond LASIK or iLasik, your  LASIK surgeon uses two types of lasers for the vision improvement treatment.First, an ultra-fast femtosecond laser is used to produce a thin flap in the cornea. After that, an excimer laser is used to reshape the underlying corneal tissue to correct your vision’s refractive error. The flap is then placed back to its original placement and allowed to heal naturally. The femtosecond laser gets rid of the need for a bladed medical device to create the corneal flap.Blade-free LASIK enables some patients who were formerly disqualified for laser eye surgery, due to thin corneas, to have the treatment. A thin cornea may disqualify some people interested in LASIK, but with blade-free technology, a thinner flap is feasible, therefore permitting numerous patients with thin corneas to now have laser vision correction, which is a big step towards inclusion of many people into the LASIK ecosystem.Generally, any individual that gets approved for LASIK surgical treatment is a great candidate for bladeless LASIK. Additionally, some studies have actually suggested that all-laser LASIK may decrease the risk of certain LASIK complications connected with the use of a bladed medical device. A lot more patients in clinical trials achieved 20/20 or better vision when their procedure was done using Intralase. Patients also report far better-quality vision on the whole, especially in regard to their capability to see well in low light, such as at sundown or at night.About Intralase.

One of the most critical steps in the Lasik procedure is the precise production of the flap. Any technology that improves this will be welcomed. Using expert Femtosecond computer system technology, the doctor creates the ‘perfect flap for your cornea’ by using fast pulses from the laser to create little bubbles within your cornea. The surgeon can then delicately produce a flap by dividing the layers of your cornea. When the flap is produced the remainder of the treatment is the same as it is for conventional Lasik, with the eye surgeon lasering your cornea to eliminate your prescription. This reshaping of your cornea to remove unevenness and aberrations ensures the light entering your eye is focused exactly onto the retina and therefore provides you 20/20 vision. 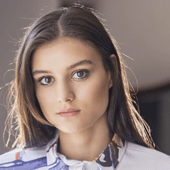 Painless and Quick. The staff explained all the steps in detail. Dr.khanna was so gentle and totally in command. Next day wohoo 20/15 vision. ou

– Results: Intralase allows a slightly greater possibility of attaining 20/20 vision when compared to conventional Lasik. It is not simply the quantity of vision (exactly how far down the eye test chart you can read), but also about the quality of vision that is enhanced. This improvement in the quality of your vision implies you are much less likely to have night vision troubles such as glare and haloes around lights.

– Laser re-enhancements: There is a lower possibility of needing a laser re-enhancement (re-treatment) with Intralase compared with conventional Lasik. A laser enhancement is most likely to be needed if your vision has regressed following your preliminary surgery. An example of regression would be if your eyes were -5.00 Dioptres before surgery and they were effectively remedied to no prescription. Then over the next year or two your eyes gradually reverted back to -1.00, indicating your vision would be blurred once again.

– Healing time: The healing time is even quicker with Intralase Lasik compared to regular Lasik treatment and you can go back to work and start normal activities earlier following the surgical procedure. The healing time is slightly quicker is due to the accuracy of the flap that is developed.

– Visual Stability: You are most likely to accomplish maximum vision faster after Intralase, meaning you will have the ability to drive and go back to work earlier after your surgical procedure.

– Safety: Intralase is typically considered to be a much safer procedure as most of the problems with Lasik are associated with the creation of the flap. The even more accurate production of the flap with Intralase causes fewer Lasik specific problems.

– Dry eyes: Among the primary advantages of Intralase is that there is reduced chance of dry eye-related issues post-surgery. The reason for this is that the flap created is not as deep as it is with standard Lasik so fewer corneal nerves are damaged.

– Short-term flap issues: These difficulties are almost completely gone and long-term safety is improved due to much less of the cornea being jeopardized. This is because the flap created with Intralase is thinner than that with standard Lasik.

– Major issues: There are fewer major issues with Intralase as flap risks are virtually eliminated.

– Flap infection: The flap created is cleaner, meaning the incidence of swelling and infections are practically removed.

– Flap density: The flap is thinner which means more of the cornea is left undamaged, helping to keep maximum structural integrity of the eye. This is particularly essential for individuals who play contact sports.

– Lasek eye surgery is however the preferred treatment for those people who join contact sports, as no corneal flap is developed.

– Corneal thickness: Intralase develops a thinner flap, meaning some patients that are not appropriate for common Lasik may be appropriate for this treatment. The regular flap thickness with standard Lasik is between 140 – 180 microns whereas with Intralase, it is around 100 microns.

Standard Lasik uses a blade (microkeratome) to create the flap. The microkeratome is a mechanical instrument which implies that the flap edges that are created can be irregular and uneven. This can influence the visual end result (especially night vision) and additionally lead to more flap issues. One of the most common laser eye surgical treatment risks are associated with the production of the flap. Having femtosecond Lasik lowers the amount of Lasik specific complications.Throughout bladeless Lasik, the flap is created using a laser which causes a more precise, smooth and even flap. In addition, the surgeon can tailor the flap to match the surface of your eye leading to the ‘ideal flap’ which locks neatly back in position after surgery. 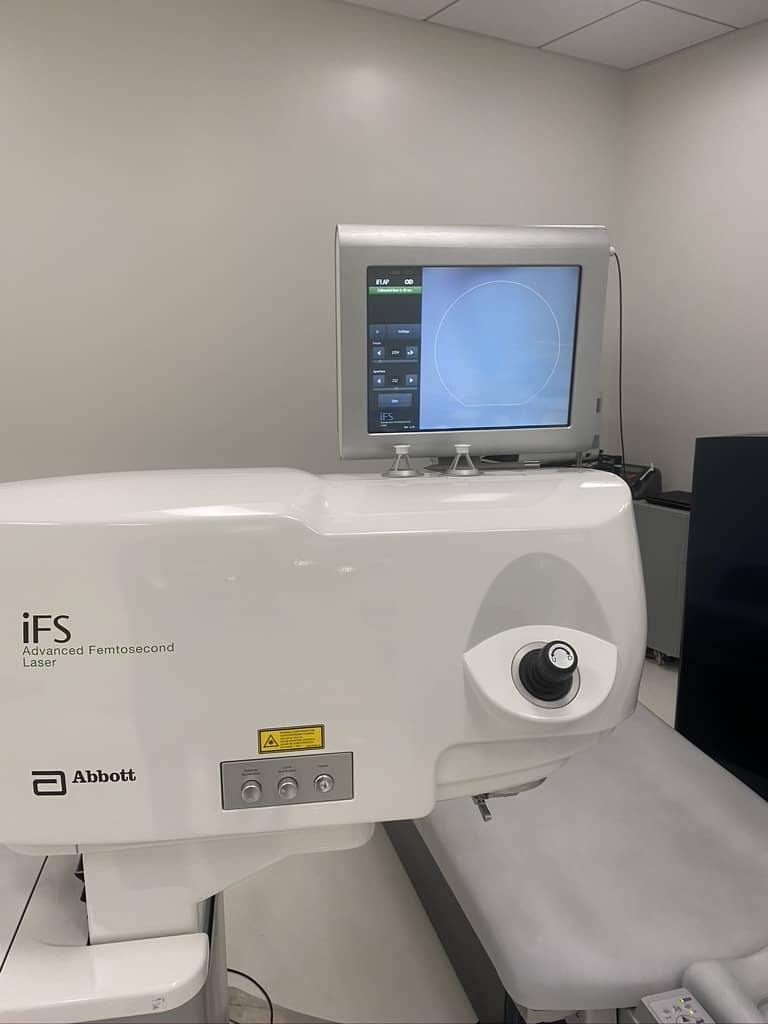 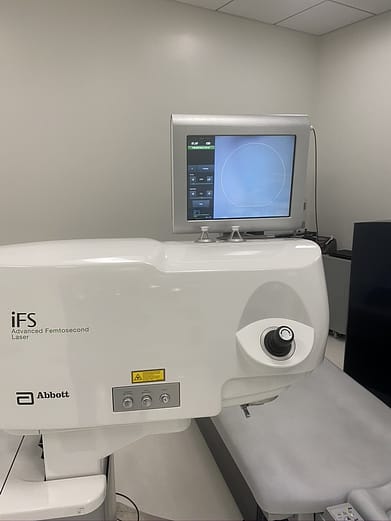 LASIK was one of the very first laser-based eye surgeries to deal with most refractive errors. IntraLase was created as an improvement on the fundamental LASIK treatment and it is now one of the more popular, bladeless LASIK procedures.

There are a lot of similarities between typical LASIK and IntraLase, however the differences produce subtle advantages and adverse aspects. Understanding these can help you decide which may work better for you. Because there are so many resemblances, the risks as well as adverse effects are comparable. Both operations have a very reduced risk of causing serious damage to your vision. Many patients achieve 20/40 vision or better with either option.The decision between IntraLase and LASIK is person specific. Talk with your eye doctor to choose which procedure could be your ideal option.

INTRALASE VERSUS LASIK: UNDERSTANDING IMPROVEMENTS TO REFRACTIVE SURGICAL PROCEDURESLaser-assisted in situ keratomileusis (LASIK) was approved by the USA Food and Drug Administration (FDA) in 1999. Since the authorization of this vision modification treatment, about 10 million people have gained from this quick, straightforward, outpatient procedure to get rid of the use of eyeglasses and contact lenses.LASIK’s appeal came to a head around 2000, when an average of 1.4 million individuals received LASIK to remedy their refractive errors. Now, about 700,000 people get LASIK each year.The original LASIK procedure involved two steps. The first step involves a tool called a microkeratome (a very small blade) which produces a tiny flap of tissue on your cornea. This flap is drawn back for the second step, in which an excimer laser gets rid of the abnormally shaped corneal tissue and smooths this part of your eye, enabling light to refract more directly onto your retina. The flap is then put back in its initial place.Although several eye surgeons still make use of the microkeratome for traditional LASIK, research studies sought an extra effective, less intrusive approach. The IntraLase femtosecond laser, which is used in some forms of bladeless LASIK to create the flap, rather than a microkeratome, was found suitable. While both IntraLase and conventional LASIK procedures work well for lots of patients, you may gain more benefits from one rather than the other.

Adverse Effects & Risks of Intralase vs. Conventional LASIKThe risks associated with conventional LASIK and IntraLase are very comparable considering that both procedures have comparable steps and devices involved, apart from the flap development. Short-term side effects consist of:- Hazy or blurry vision- Difficulty with evening vision or driving at night- Dry eyes- Scratchiness or irritation in the eyes- Halos around lights or starbursts- Light sensitivity- Discomfort- Little pink or red patches in the white of the eyesThese generally vanish after about six months. If they do not go away, begin gettng worse, or are accompanied by eye pain or discharge, call your eye doctor right away for assistance.You may be at low risk of serious adverse effects as IntraLase and various other LASIK technologies improve, but there is still a small risk of unfavourable end results on your vision. These adverse effects are really uncommon but may consist of:- Corneal edema- Lesions on the cornea- Reduced eye pressure- Scarring around the flap- Glaucoma or cataractsA lot of people that go through either typical LASIK or IntraLase get 20/40 vision or better, with marginal side effects for a couple of weeks. Laser eye surgical technology has progressed dramatically over recent decades and is now considered among the safest surgical procedures on the marketplace.Unless you are a teenager, have an unstable refractive error, have really thin cornea, or have an existing health problem, you must be a good candidate for either procedure. You may be more inclined towards one over the other, or your eye doctor might advise one over the other. 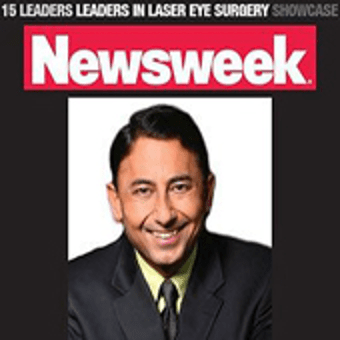 Consult Your Lasik Eye SurgeonEye doctors and ophthalmologists often argue whether IntraLase or LASIK is better. Both treatments are extremely comparable, so the final decision comes down to your eyes and what your eye specialist is trained to perform.Both outpatient treatments have excellent success rates and call for little time for the operation as well as recovery. If you have questions concerning either procedure or which might work much better for you, ask your ophthalmologist