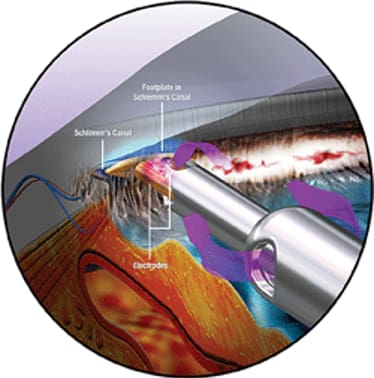 IntroductionGlaucoma is one of the leading reasons for blindness worldwide. Numerous research studies reveal that raised intraocular pressure (IOP) is an essential risk element for glaucoma, as well as the progression of the illness. It could additionally be shown that the reduction of increased IOP can decrease the risk for progression. Today, it is well accepted to initiate the treatment of patients with glaucoma and ocular hypertension with a medication treatment. If target pressure levels are not attained and/or the condition is progressing despite making use of medicine combinations, the next step on the restorative ladder is to decrease the IOP surgically. Despite having a tried and tested record of effectiveness and safety, making use of glaucoma medicines may trigger systemic, as well as local, adverse effects such as ocular surface condition and ocular allergy. About 50% of glaucoma patients call for several medical treatments with different medicines. Local and systemic side effects, the use of various drugs, and the total complexity of the treatment-plan might adversely influence adherence and persistence. normal field of vision by humphrey 24-2 Over the last several years, new devices for micro-invasive glaucoma surgery (MIGS) were developed and have actually gained an increased interest. According to one definition, the term MIGS describes a group of surgeries which share five effective qualities: an ab-interno approach through a clear corneal incision which saves the conjunctiva of a cut, a minimally traumatic procedure to the target tissue, an IOP lowering efficacy that validates the technique, a high safety profile preventing serious issues contrasted to various other glaucoma surgical treatments and a rapid recovery with very little effect on the patient’s lifestyle. Nevertheless, there is currently no single typical and extensively accepted meaning of MIGS. In another definition, the term “minimally invasive glaucoma surgery” was defined by the implantation of a medical device intended to lower IOP through an outflow device with either an ab-interno or ab-externo technique, related to really little or no scleral breakdown. In this technique, treatments entailing a significant scleral dissection were not classified under the term MIGS. All devices do not require a scleral laceration and are put ab-interno by utilizing a clear corneal cut. Therefore, they are often used in combination with phacoemulsification and intraocular lens implantation (PE/IOL). 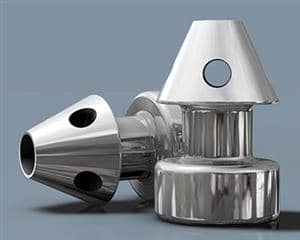 Treatments targeting the trabecular outflowPresently, three devices – iStent, iStent inject and Hydrus – target the juxtacanalicular component of the trabecular meshwork, which is believed to represent the greatest resistance to aqueous humour outflow in people with open-angle glaucoma (OAG). These micro-invasive procedures permit even more direct accessibility to aqueous humour from the anterior chamber right into Schlemm’s canal. One constraint of every one of these procedures is that the postoperative IOP cannot fall below the episcleral venous pressure (EVP), which is difficult to evaluate; however, it is reported in different research studies in a range of 7.6 to 9.1 mmHg. It was additionally demonstrated that EVP may rise in some glaucoma patients.

iStent is the very first-generation trabecular bypass device. This device connects the anterior chamber with Schlemm’s canal. The iStent has the CE-mark and was accepted in 2012 by the FDA. In Europe, iStent is accepted as a stand-alone device or for usage in combined cataract/MIGS procedures. The device has a size of 1×0.3 mm, is made from heparin-coated, non-magnetic titanium, and is offered pre-loaded in an inserter.

iStent ® and iStent ® inject: How they differ

TBS have been revealed to be both effective, as well as safe when dealing with mild to moderate glaucoma. The vanguard product of the MIGS revolution was the first generation iStent, which is a solitary stent shaped like a snorkel with retention ridges. It is made from an implant quality, heparin-coated titanium alloy and is inserted in the TM by hand. With dimensions of 1 mm in length and 0.3 mm in height, the iStent was previously the smallest recognized medical device implanted in the body and verified very successful in the marketplace, while aiding thousands of patients in the process.

The second-generation version is the iStent inject, which is currently the smallest recognized medical device implanted in the body. iStent inject comes with two stents, as compared to the first-generation device that just featured one stent. It is similarly made up of implant-grade titanium and is 360 μm in length and 230 μm in width, which is one-third the size of the first-generation iStent. Each stent includes a central inlet and multiple outlets designed to provide multidirectional outflow through the Schlemm’s canal.

Efficacy of iStent in combined procedures

Safety, as well as adverse events of Hydrus47 out of 50 individuals in the Hydrus/PE/IOL study arm and 43 patients in the PE/IOL research study arm were evaluable at month 24. Dramatically, a lot more patients in the Hydrus/PE/IOL research study arm (12%) developed focal peripheral anterior synechiae, typically present as focal iris tissue adhesion to the device or to the chamber angle and located at or near the inlet of the Hydrus micro-stent. Interestingly, the presence of these synechiae appeared not to have any kind of impact on the research result. Other adverse events were likewise distributed among the two research arms.

The Express ShuntHistorically, trabeculectomy has been the gold standard in glaucoma surgical treatment. The procedure has been suggested when medications and/or lasers fall short to effectively control IOP; however, trabeculectomies have been used before laser treatment. Although considered the standard of care for uncontrolled glaucoma, trabeculectomy may not regularly give ideal outcomes and might put the patient at a greater risk of issues than various other treatments. The Express Shunt, an encouraging alternative surgical choice, was in fact a lot more successful than trabeculectomy in managing IOP without medication use for as much as 3 years postop. When medical and laser therapies fail, this aqueous filtration device may be an option to take into consideration. The tool creates a safe, consistent channel under the scleral flap, which allows aqueous drain. The medical technique entails the implantation of a shunt under a scleral flap to drain aqueous from the anterior chamber right into the intrascleral space. The device creates a secure, uniform channel under the scleral flap, which enables aqueous drainage.